The last 6 months has been busy! This lists the features of the forth-coming version of IMan, we count about 20 major, major enhancements & new features and the same again for the minor improvements.

Once we release we will be providing further detail as some features will need some review to ensure you are working post upgrade.

Due to the scope of the changes the upgrade process for v4.0 is more involved than prior versions. We've tried to streamline this as much as possible by maintaining backwards compatibility.

You should familiarise yourself with the v4 upgrade process and notes document to note the possible breaking changes and to help plan your upgrades.

Per previous email notices this upgrade changes the 'Unlimited' license.

The major focus on this release is to improve performance and to reduce memory usage. The improvements have been made possible through an improved internal data structure, through data access improvements and through individual improvements throughout the entire application.

Improved performance between 40% - 2000%, dependent on formulae and use.

The hierarchy transform has been rewritten to vastly improve speed and reduce memory usage.

Improved performance between 40% - 200%, dependent on formulae and use.

Improved performance between 25% - 250%, dependent on formulae.

In addition to the performance & memory improvements across the product, read transforms are now multi-threaded resulting in faster processing and better utilisation of hardware.

Larger datasets will benefit from faster processing, sometimes by several orders of magnitude due to data access improvements.

Performance improvements between 5% to 30%.

It is important to note that some connectors are constrained by the processing speed of the application or webservice so performance improvements can seem minimal.

This is not the end!

We have committed to continue the performance and memory work made so far to all other areas of IMan. Over the next 6 months there will be a series of product updates to the remainder of the transforms: CSV, Excel & Fixed Width Writers; Aggregate, Filter & Map Transforms.

We've released a new section in our documentation with short how-to's on topics which don't warrent a full training manual.

We're still developing some of the content, but this will be added to over the next couple of months and then gradually over time.

The Lookup Function now has a Cache Results option. When enabled the function saves (or caches) the result of the function so subsequent calls to the lookup are checked prior to querying the database. Caching improves performance typically on larger datasets where the lookup function is requesting the same data. On a set of requests where the deviation of the requests resembles a standard bell curve, performance is improved by 50-65%.

The above is coupled with general performance improvements to the lookup function itself.

The existing lookup function now allows you to:

Allows you to parameterise the database connection the Lookup function uses. This allows you to target different databases without having to have separate Lookup definitions.

Allows you to override the ‘where’ clause of the lookup function, by supplying a value to the function.

We have removed the debug messaging when a job is scheduled. This means when an error is raised in a transform or tasks using VBScript (Filter, Map, Aggregate, File Task), the audit report will look a lot cleaner. This makes it easier for end-users to decipher errors and to make corrections.

This new function allows you to construct a parameterised string.

When multiple connectors are selected, each will be queried and be fed into a single IMan dataset. 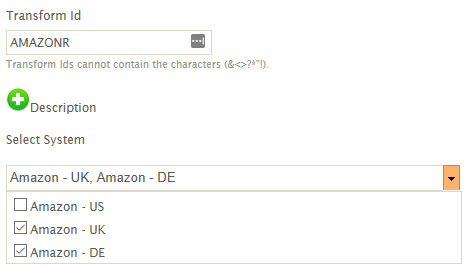 This improves & extends the functionality the Amazon marketplace connector provided to each connector implementing a Read interface.

The ‘Map To Table’ text box has been replaced with an auto-complete drop down listing all the tables for the selected database. The following screenshot illustrates the drop-down against the Sage300 database. 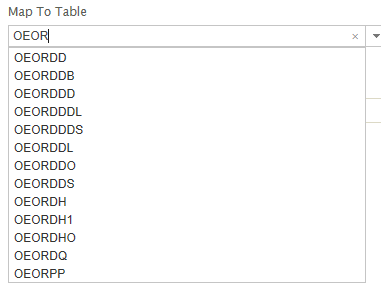 The second other major improvement is the fields on the DB Writer no longer need to be the same as the column being inserted/updated.

We have now added the same type of drop-down to the allow you to select the column.

When inserting records with auto-increment or sequence type columns the DB Writer now allows you to write back to the IMan dataset the auto-generated value.

This function is database specific, since each database vendor implements this differently. As a consequence we’re not able to make this universal across all databases therefore we have implemented for: Access (yes, it’s still be used), SQL Server, MySql, Oracle & PostgreSQL.

The XmlWriter continues to be improved, allowing easier generation of more complex documents.

As part of the release we will be improving/expanding the XmlWriter documentation to include examples on how to use templating, attribute paths, and other lesser used features.

Templating reduces the work required to output complex Xml documents by providing a ‘template’ which is used by the XmlWriter to generate documents. Templating can be useful in cases where there are: numerous non-changing values; many attributes in a document; or where there are multiple namespaces defined.

The changes build on from the templating improvements to cover more cases when these can be used in addition to a wrap up of several bug fixes.

The formal release of the connector to the French marketplace CDiscount.

The connector will initially provide: